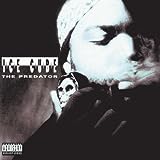 Ice Cube Who Got the Camera lyrics

Drivin down the motherfuckin highway
the flyway hey bitch, you goin my way?
Now I got a passenger
I look at the miniskirt, now I'm askin her
Would you like to hit the fat bud,
or perhaps should I run your name through the mud
I mean, are you giving up the nappy dugout?
She said no, well then get the fuck out
Cause I know where the hoes be feinin'
plus your fat ass got my six-deuce leanin'
Bust a U on the avenue
why oh why there ain't shit to do
But then sir jinx played his mix
and you thought that shit played out in eighty six
Lookin for my dogs
looked up in the mirror being followed by the hogs
One time's on my motherfuckin line
why the fuck the swine had to get behind a nigga like me
They must thind I'm a gee
they both walk up with the g. l. o. c.
(Freeze! There was a robbery and the nigger looked just like you. Now
get out of the car with your hands up and legs spread.)
Started they investigation
no driver's liscence no registration
When I stepped out the car they slammed me
goddamn ya'll who got the camera?

No lights no camera no action
and the pigs wouldn't believe that my slave name was Jackson
He said don't lie to me
I'm lookin for John, Matt, or Spike Lee
The motherfucker called for back up
I guess they planned to beat the mack up
He called me a silly ass thug
and pulled out his billy ass club
Tearin up my coupe lookin for the chronic
goddamn nobody got a panasonic
Found an empty can of old gold
came around and put my ass in a choke hold
Fucked around and broke my pager
then they hit a nigga with the tazer
the motherfucking pigs were tryin to hurt me
I fell to the floor and yelled lord have mercy
Then they hit me in the face ya'll
but to them it ain't nuttin but (a friendly game of base ball)
Crowd stood around I said goddamn ya
Who got the camera

I knew when I saw that deputy smirkin'
that they were gonna put some work in
Mr. law had to hit me in the jaw
cause I called them faggots with guns and badges
They played rat-a-tat-tat on me head
but if I had the gatty-gat-gat they'd be dead
A victim of a big fat 187
and little devils don't go to heaven
Last night there were eleven but they were'nt scarin me
so they tried the flashlight therapy
I looked at the black one and called him a traitor
I don't give a fuck if you got a beta
Just take my fuckin picture
so I can go downtown and pitch and bitch about
The one that called me a spook
his name is officer David Duke
If the crowd weren't around they would've shot me
tried to play me out like my name was rodney
Fuckin police gettin badder
but if I had a camera the shit wouldn't matter
(bitch), uh who got my nine, who got my nine
Ya'll done did it this time, uh
who the fuck got my nine